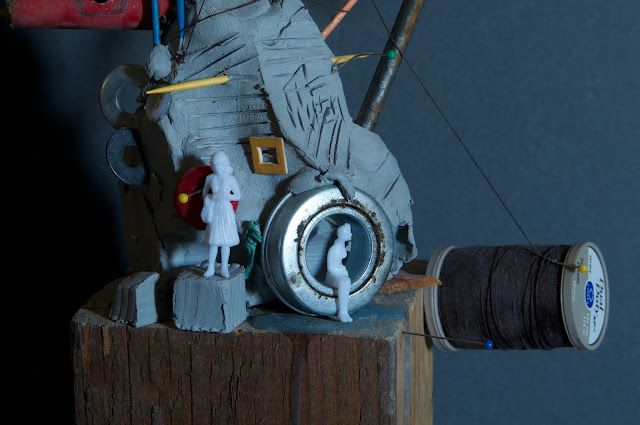 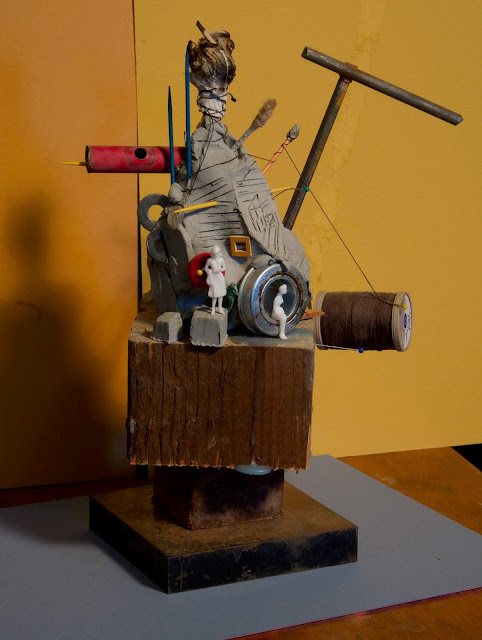 Introducing, the Sculpture Project. An ongoing project of mine involving a series of small sculptures and sometimes little people. The forms represent dwellings, of sorts. And the dwellings represent characters, perhaps even creatures or spirits. The people who live in these characters are the original authors. They are the ones who originally fabricated them and they continue the maintenance. Perhaps a way of thinking of them are, the people and their characters. As far as we can surmise, they appear in this world to tell us something about ourselves and our human predicament. It takes some looking, but if you look closely you can begin to see what they may be communicating.

Coming next week: The Man in the Sculpture; a.k.a: The Man and His Character.

There is a man who lives in a sculpture. It is a small sculpture. He lives here alone and nobody knows exactly how or why he’s here at all. He doesn’t leave for any reason. Even if he could, which he can’t, his house sits atop a tall pedestal. Of which, he’s never seen the bottom. There are no neighbors as far as he can tell. When he looks beyond his property he only sees a black velvety void with many shiny stars far off in the distance. So, he makes the best of things––the best he can––on this very small sculpture, with a very small yard, on a very tall pedestal, and with no neighbors as far as the eye can see.

He goes about his daily life as any one would when living in a sculpture. He goes about doing his chores, pulling the weeds, repairing shingles, mending the outside walls, and re-hanging the hanging lights on the rooftop garden––which always seem to get a bit disheveled in the night.

He lovingly keeps his house in order.

On the roof there is a garden where he plants his food. He grows the usual carrots, lettuce and celery. But he also tries to grow anything he could possible ever need. He grows things, where in normal conditions would be impossible.

He spends most his afternoons here, putting silverware in the the ground, as though to create an impenetrable fence to keep out the rascals. The Rascals are an interesting bunch. They come out mostly at night. They are most bothersome of creatures, and the man in the sculpture tries his best to keep them at bay. No matter how hard he tries, they somehow are able to still take his carrots, his lettuce, his boy choi, and anything else they can get their mitts on. So, he creates a barrier fence made of plastic forks and knives. It’s the best he can do. They hate plastic. As do most living creatures in this world. But still, they find a way to get through.

Also on the roof, there there is a patio and an outdoor kitchen. He’s not far to go, from his garden to his stove where he lovingly cooks up his favorite delights, Bok choi noodles and rascal pie for dessert.

Digitalmarketinginstitutedelhi said…
This comment has been removed by the author.
December 30, 2019 at 4:13 AM 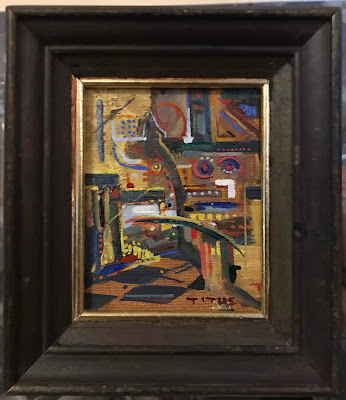 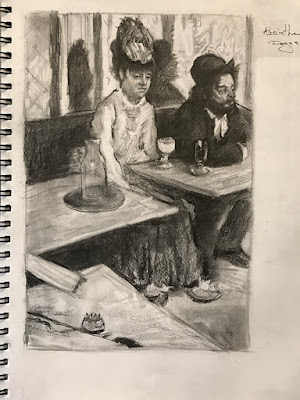 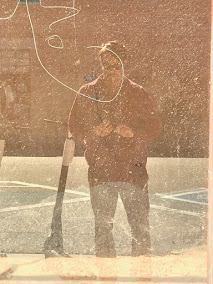 Profile video by Even Gray Davis